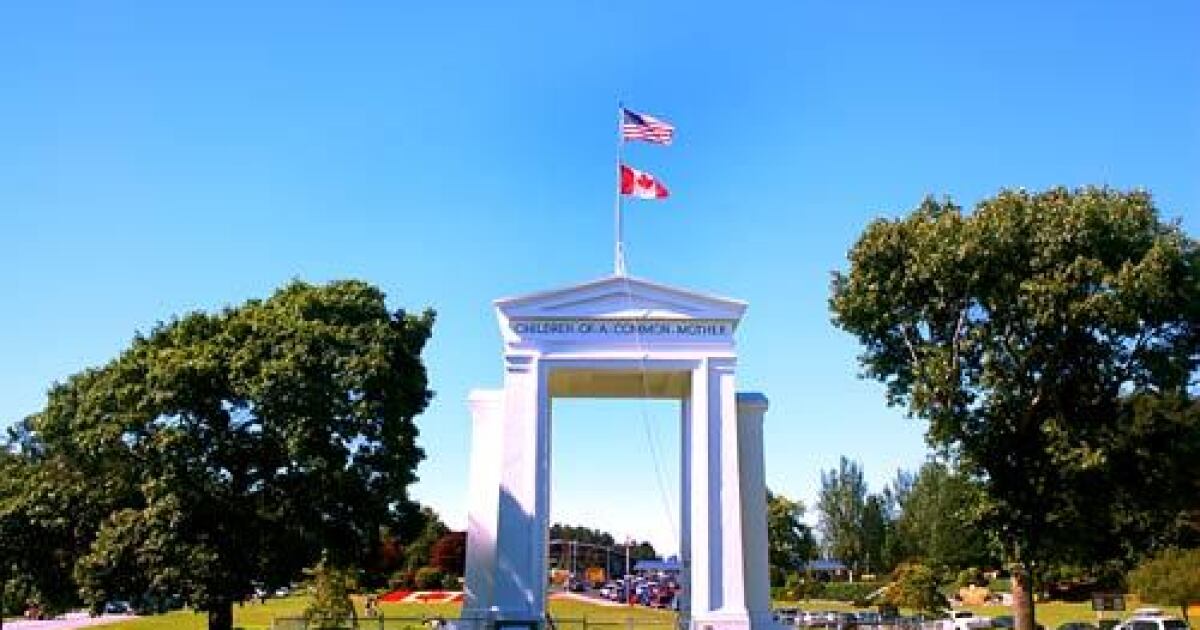 Mona Zabihian was on her way back to Washington after a Persian pop concert in Canada late Saturday night when she and four other Iranian Americans were pulled aside at the border. As their van slowed at the checkpoint, the U.S. citizens were asked a series of standard questions. Then they were given a slip and told to go inside, she said Sunday.

The 27-year-old said she waited for about an hour before officials called for her questioning.

“They wanted to know the names of all my immediate family members, their birth dates, their location and their occupation. They asked when was the last time I visited Iran. When I asked regarding my boyfriend, they said since he wasn’t born in Iran they didn’t even need to question him,” said Zabihian, who was born in Iran and now lives in Washington. Her boyfriend is also of Iranian descent, she said, but was born in Germany.

More than 60 Iranians and Iranian Americans were questioned Saturday as they tried to reenter the U.S. through the Peace Arch Border Crossing to Blaine, Wash., the Washington-state chapter of the Council on American-Islamic Relations said. Some were subjected to delays of several hours and asked numerous questions concerning their political views and allegiances, according to accounts the organization received.

The reports came as the United States and other countries tightened security after the U.S. killing of Gen. Qassem Suleimani in Baghdad on Friday. The National Iranian American Council was checking reports of similar questioning by immigration officers at other U.S. points of entry.

A U.S. Customs and Border Protection agency spokesman said in a statement issued Sunday that “social media posts that CBP is detaining Iranian-Americans and refusing their entry into the U.S. because of their country of origin are false.”

But agency spokesman Mike Friel attributed increased wait times at the Blaine entry point to higher levels of security imposed due to the “current threat environment.” Reports that the agency had issued a national directive to border agents to detain Iranian-Americans and refuse their entry were untrue, he added.

Ryan Costello, policy director for the National Iranian American Council, said the organization has been hearing from members of Congress and social media of prolonged questioning of Iranians and Iranian Americans.

“Apparently there’s a room full of people,” said Costello, after speaking Sunday with a man who said he had spent several hours in a waiting room at the border in Surrey, near Vancouver. “A person came and was asked where he was born. He said Iran, and so he was led into this room.”

Costello said there “was interest in questioning people of Iranian heritage on a range of different issues, from basic family information to whether individuals served in military in Iran and what their thoughts are of the current geopolitical crisis.”

Costello said that the naturalized U.S. citizen whom he spoke with said he answered the questions, and after further questioning, was eventually released.

“A lot of people are shocked that this is happening, and so quickly,” Costello said.

He noted previous occasions when U.S. immigration officials appeared to tighten restrictions after increased tensions with Iran. In August, about 20 Iranian students who had planned on starting graduate studies in fields such as computer science and engineering had their U.S. visas revoked.

“There is a kind of direct link we’ve seen, that when tensions spike with Iran, Iranian Americans and Iranians with visas are going to be increasingly targeted for questioning and harassment,” Costello said.

Enoka Herat, immigrant rights counsel at the American Civil Liberties Union in Seattle, said Sunday that her organization had also received reports concerning questioning of people of Iranian heritage at the Blaine border crossing. “It seems that American citizens are being targeted because of their ancestry,” she said. “We’ve seen that historically that doesn’t bode well.”

Friel, the CBP spokesman, said in his statement that the agency does not discriminate based on religion, race, ethnicity or sexual orientation. He said that the agency was “operating with an enhanced posture” at ports of entry to safeguard national security while protecting civil rights and liberties.

At the Blaine entry point on Saturday, Friel said, some travelers experienced wait times of up to four hours “due to increased volume and reduced staff during the holiday season.” He said that processing times result from “the current circumstances, including staffing levels, volume of traffic and threat posture.”

Zabihian said she waited for more than five hours before her group was released, adding that U.S. Customs and Border Protection officers were “friendly.”

Among those sitting alongside her at the Blaine port of entry were children and pregnant women, she said. Parents curled up on the floor to get rest, anxious for their release.

“The border officers were understanding of this horrible situation and did their best to address the sheer volume of Iranian-born U.S. citizens that were being detained,” she said. “U.S. citizens should not have been subjected to this, regardless of where they were born.”